Nestled along the banks of the winding and abundant Saluda River, Piedmont, SC, is a quiet little town which houses just over 5000 residents. Offering safe, country living in a spread out atmosphere, Piedmont is right on the heels of its larger counterparts: Greenville and Spartanburg.

In the early days of America, natives pioneered the land in and around Piedmont. The town served as a safe crossing point over the Saluda, thus gaining the moniker, “Big Shoals of the Saluda.” European settlers arrived in the late 1800's, introducing industrialization. A man named David Garrison developed a profitable mill in town, inspiring the new town name to be “Garrison Shoals.”

From there, another mill, Piedmont Manufacturing Company, was built and Piedmont became famous for its productive environment. Shortly after the Civil War, the railroad came into Piedmont as a means of delivering supplies and workers to the town's factory and electricity was introduced via water sourced from the river. Piedmont Manufacturing Company thrived for a hundred years and served as Piedmont's main employer and source of commerce until the cessation of production occurred in the late 70s.

Nowadays, Piedmont serves as a bedroom community or a haven of serenity from Greenville and Spartanburg. Residents are easily able to commute to top-name employers, such as Michelin, GE Power, SYNNEX and more. Children of Piedmont attend Anderson School District One, which is a district which employs highly educated instructors, ensuring optimum educational opportunities for all. Among the best institutions are Sue Cleveland Elementary School and Wren Middle and High Schools. Furman University and Bob Jones University are among the renowned secondary establishments in the area.

Houses for sale in Piedmont range in size and style. Listings start at under $100,000 for quaint starter homes shaded underneath canopies of oak and pine. For those with larger budgets, new construction is available in the $300,000 price range on generous plots of land. Buyers who choose to start from scratch will be pleased with Piedmont's selection of vacant property, offering healthy, green acreage in every part of town.

Greenville is rich with fun things to do. Falls Park on the Reedy is a free option for families to take in nature and adventure on a regular basis. Events are held here often for the community. The Greenville Zoo and an elaborate children's museum provide more interactive experiences to citizens of Piedmont. For the adults, local distilleries, a concert arena, walking and segway tours, nightlife and so much more are waiting just down the road from the sleepy town of Piedmont.

Nestled in a serene landscape, but so close to all of the amenities that you love! Triple Creek is just minutes from I-85, Woodruff Rd, Augusta Rd, Downtown Greenville an...

Bracken Woods is a premier new location only 8 miles to downtown Greenville. Conveniently close to shopping and dining options as well as parks and golf courses. Plus, fi...

Bracken Woods Phase 2, Now Open for Sale! This community is less than 8 miles from downtown Greenville, 7 miles from Simpsonville, 2 exits from Woodruff Rd. 2 exits from ...

*** NEW CONSTRUCTION *** The Porter floor plan is a 4 bedroom, 2 full and 1 half bath house with an attached 2 car garage. Downstairs you will walk into open floor plan ...

Welcome to Cambridge Walk! This beautiful swim community is centrally located between Simpsonville and Mauldin, and just minutes from Hwy 25, I-85, and I-385 making your...

POWDERSVILLE is showing off a new listing! Fresh on the market and looking for a buyer who needs the perfect location, one level living, a Big OL workshop/garage, and a w...

The Listings data contained on this website comes from various participants of The Multiple Listing Service of Greenville, SC, Inc. Internet Data Exchange. IDX information is provided exclusively for consumers' personal, non-commercial use and may not be used for any purpose other than to identify prospective properties consumers may be interested in purchasing. The properties displayed may not be all the properties available. All information provided is deemed reliable but is not guaranteed. © 2021 Greater Greenville Association of REALTORS®. All Rights Reserved. Last Updated 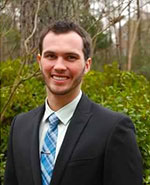